23.02.2021
The general contractor "Baltic Engineering Company" congratulates all men on the Defender of the Fatherland Day!

Construction of the «DAEWON» factory.

«Daewon Rus Company» is a part of international organisation «DAEWON SANUP CO», which was founded in 1968 in Republic of Korea. Its factories function throughout Republic of Korea, China and Russia.

This company is one of the leaders in the production of car seats and has experience of cooperation with such world famous auto giants as «Hyundai», «MOBIS» and «KIA» for many years. Namely – production of the company can be seen in following cars: Kia (Cerato, Picanto, Rio, Grand Carnival, Sorrento), Hyundai (Solaris).

In 2012 «Daewon» has appointed «Baltic Engineering Company» to be a General contractor for expansion of production. Our company carried out works, the results of which are fulfilling all the highest standards of quality. Due to the implementation of this project «AECOM» acted as a technical customer, all the works were carried out under the control of «AMCO Rus». 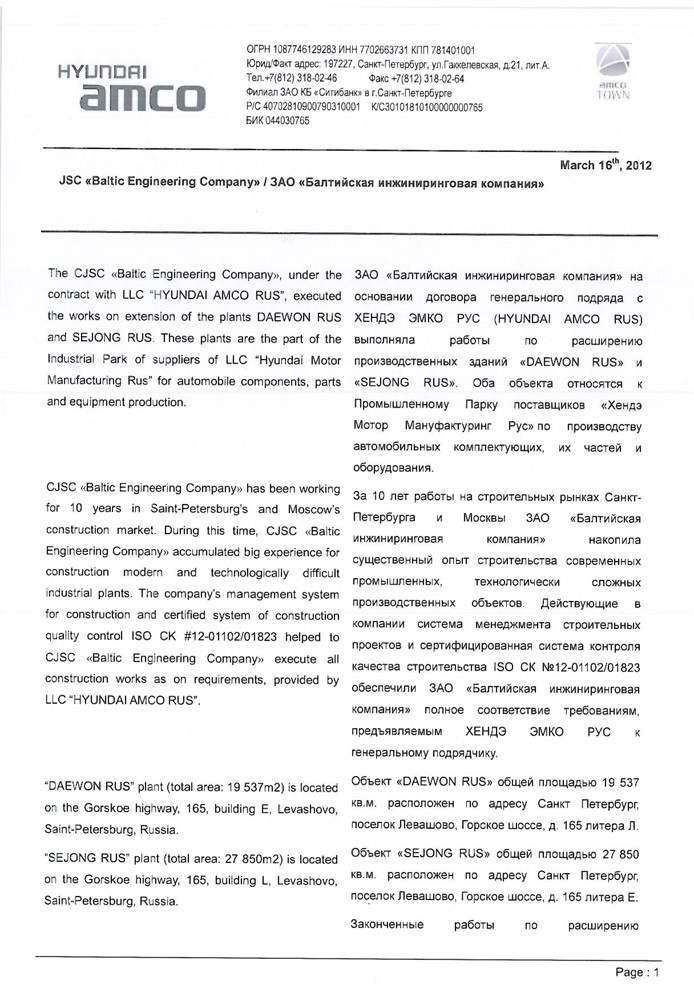 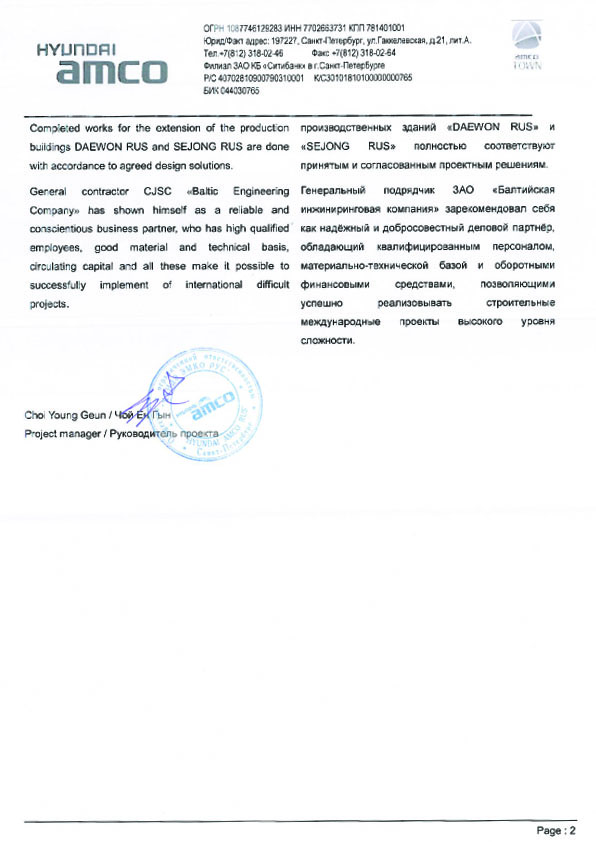 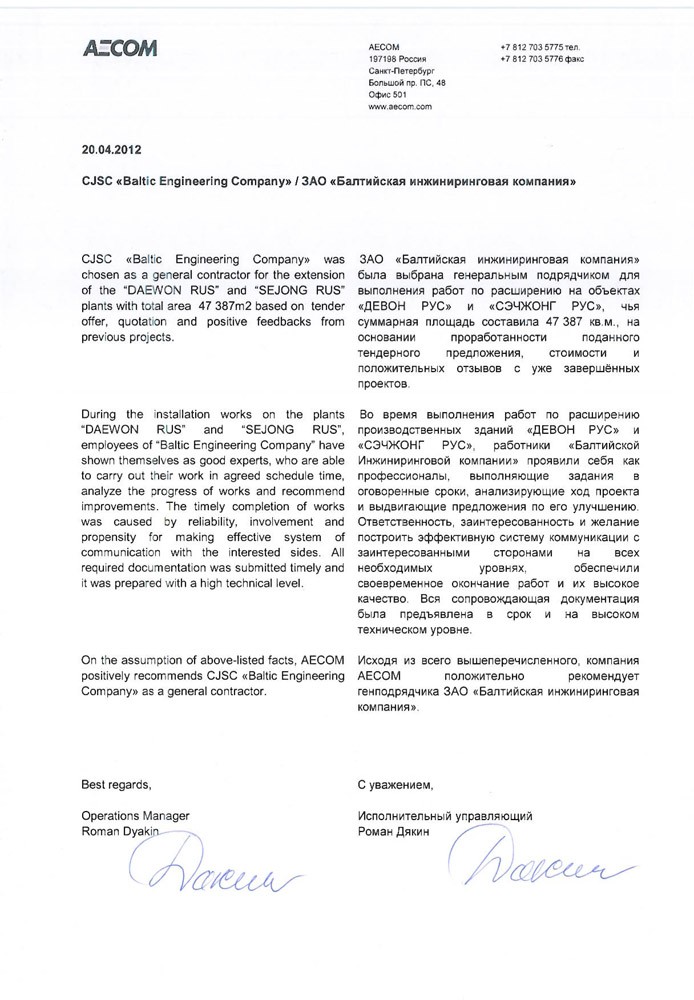